We stand behind our reputation and will continue to serve our community with the values instilled by our funeral directors. 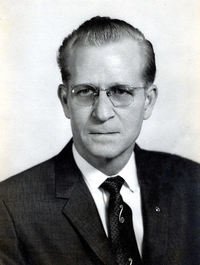 After beginning to work at the Brownsville-Bells Funeral Home in 1958, Rex decided the funeral industry would be his life long work. He attended and graduated from John A. Gupton School of Mortuary Science in Nashville, Tennessee where, in 1959, he became a licensed funeral director and embalmer. After the death of Fred T. Jones in 1979, he became owner and manager of Brownsville-Bells Funeral Home. Brownsville Memorial Gardens was purchased by Rex in the early eighties. In 1993 he sold all three businesses to a local family but continued to work and be associated with these businesses. Rex returned full-time in 2004 as Funeral Services Manager and became one of the new owners when the business was sold in 2005. A native of Brownsville, Rex is married to Harriet Kizer Bond; is a member of Evangelical Community Church; and has two children: Tina Bond and Lura Bond Alyea and her husband, David, and his daughter, Wendy.

We are proud to share the following email with you from Mr. Joe Lovelace, the son of Mr. Robert Lovelace:

My dad, Robert Lovelace worked for Williams Appliance Company there in Brownsville as a service man on appliances. He was not an educated man and most of his math was picked up in a cotton field, working with cotton. Mr. Williams started working a little with iron and dad picked up the skill of welding and making window bars and different things like that.

Fred Jones knew that Williams was doing iron and wanted him to do the funeral home so he sent dad over to talk to Fred about the job. I think the closest company that did iron works then was in Covington. 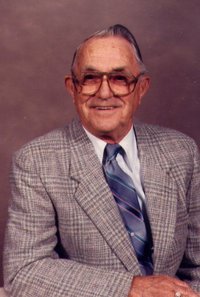 Dad figured the measurements of what Fred wanted and agreed to do the job. He got back to the office and started wondering how he could figure the step downs and still keep the top rail straight. He said that figuring the hand rails that was running straight was no problem but the step downs was giving him a fit. He said that he really wanted this job to be perfect because he wanted Fred to be proud of his work.He went back to the funeral home and measured the length of each span and when he got to the steps, he measured down, out, down and out until he was down to the walk way, something that he could draw on paper. He took the paper to the shop and transferred the drawings to the real size on the concrete, measured what he had drawn and went back to the funeral home to verify that it would work. He then cut each piece of iron to fit the drawing on the concrete and welded it together. He said that when he finished the iron and took it to the funeral home, it just fit perfect.

He was so happy that the next time I came to Brownsville, he had to take me to see what he had done. Fred was pleased and that was the start of some major iron projects in Brownsville.

Dad later quit working for Williams and went with the State in public safety. He opened his own iron shop on the Bells highway and worked it until he totally retired.

Brownsville is full of iron jobs like this and if there is any way that I can say that Robert Lovelace left his mark on Brownsville, it is in the form of iron.

Dad told me this story many years ago and I know math is wonderful. As a pilot, I found math to be a must but as long as your feet are still on the ground, he did teach me that there was another way to get there.

I found the story interesting when he told it to me and I hope it places a different meaning to the hand rails the next time you touch them. As I recall, there was also iron work on the roof line but that didn't create a big challenge for him like the steps did.

I am now 73 years old and so happy that I had the opportunity to share this information with you.

Have a blessed day,

View Our Other Locations >